As discussed in the previous article about structured logging, I planned to look into Serilog in detail, and I decided to tackle this from a performance point of view. This article was finished a while ago but I never found time to review it and actually release it.

I decided to focus these performance tests on two frameworks, Serilog (obviously) and NLog. You'll have to take my word for it, but two years ago, a colleague of mine compared NLog to Log4Net using the exact same test I will be using, and concluded that NLog performs better if configured using the BufferedWrapper Target. Therefore I have decided not to bother comparing Serilog with Log4Net.

The test is performed using a modified version of the application provided here. The aim is to compare NLog with Serilog without making use of log provider specific features (such as MessageTemplates) as in the current version of NLog, it does not support them. NLog plans to release MessageTemplates in the next major release (version 5.0.0), which is currently in beta.

The modifications performed to the application mentioned above were to introduce LibLog, an abstraction layer for various logging providers, the aim is to facilitate the use of both log providers, and to make sure that the log providers behave well when used with this library. The application is running on .NET Core 1.1, and will be run multiple times to ensure that there is consistency to the results.

The test has been performed by writing to a File named Log.txt using a buffered logger (for improved performance). Both tests have a flush timeout of 1000ms and write 64,000 log lines. All configuration has been performed through code, and can be found below.

Below are the results for the tests for both NLog and Serilog writing to file. The 99% Latency field represents the maximum time in microseconds to log 99% of the events. 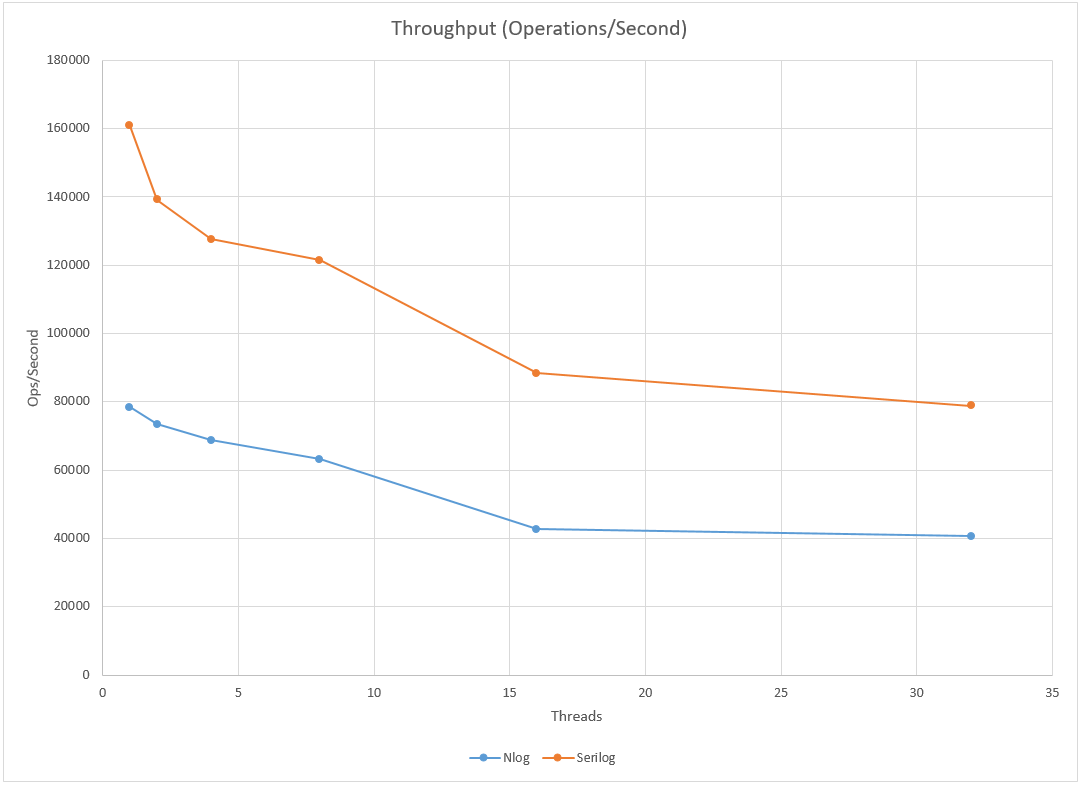 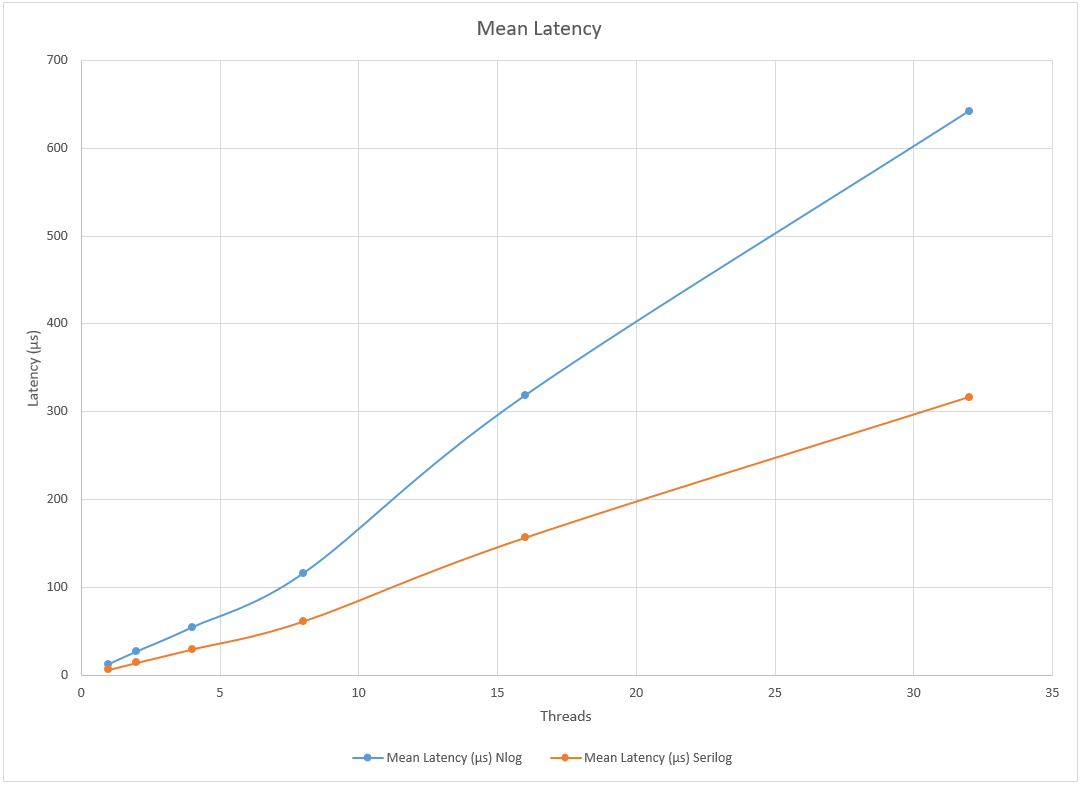 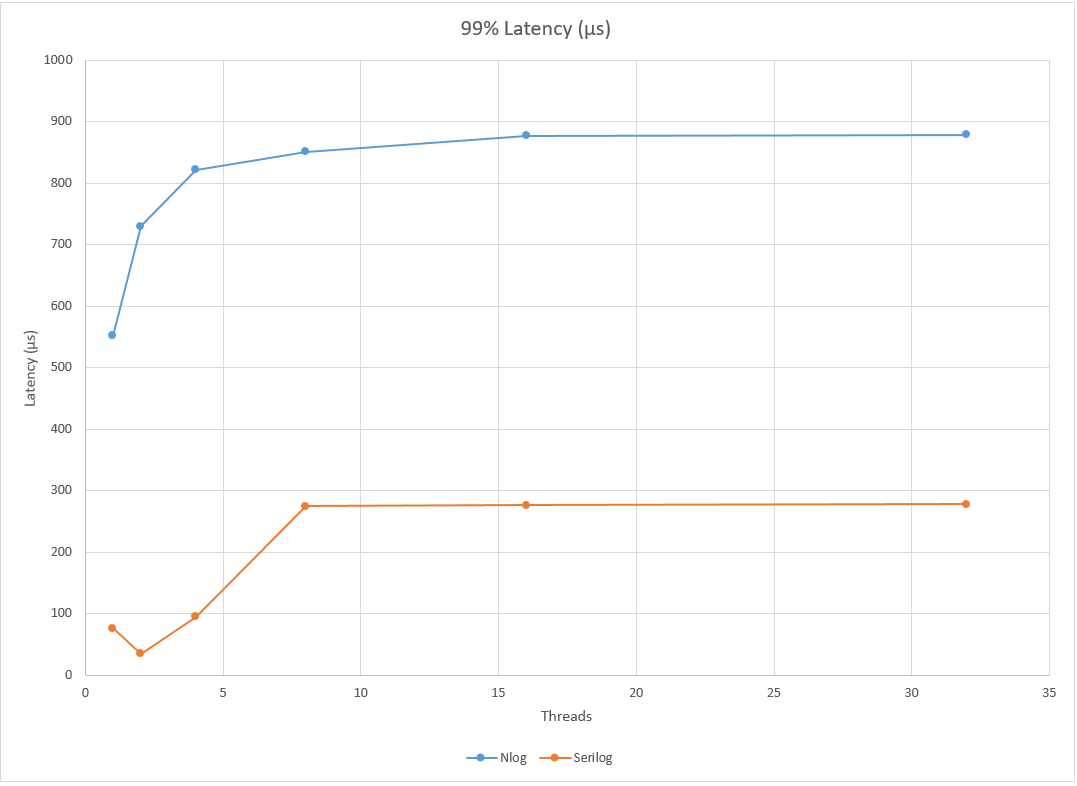 This gives us further incentive to change from NLog to Serilog - apart from the added features we get added performance. That said, we are not measuring the impact that MessageTemplates (and rendering them), the serialisation of objects and the impact of various enrichers would have to Serilog's performance.